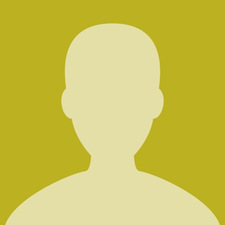 Should the 't' of the iPod touch be capitalized?

Recently I’ve been revising pages on iPods and translating them into Chinese; personally I own a collection of iPods so I’m interested in repairing broken ones.

I notice that the ‘t’ of the iPod touch is often capitalized on our current pages, and so it is with the case of iPod mini, iPod classic, iPod nano and iPod shuffle. As a matter of fact, Apple never writes the name as “iPod Touch”; the ‘t’ is always in lowercase, even in titles, just as the ‘i’ of “iPhone” is always in lowercase. Besides, don’t you think “iPod touch” looks aesthetically neater than “iPod Touch”?

Do you think we should correct the case? Don’t worry about getting a miscellany of “touch” and “Touch”; I promise I will take great care!

Let's move this to Meta so the management can advise.

So the question is do we follow Apple speak of iPhone, iPad, iPod & iMac. As well as follow the AirPod & HomePod; and follow with the Mac mini with iPod touch.

Don’t apologize—we love these kinds of questions! Allow me to direct you to the Device Nomenclature wiki, which states:

We strive to be as readable and consistent as possible, and we have been debating capitalization conventions for some time. After much thought and deliberation, we have finally decided that:

1. All device and manufacturer names will begin with either the first or second letter capitalized, depending on the manufacturer’s naming convention. An iPod remains iPod, but an iPod touch becomes iPod Touch. Similarly, the chumby one becomes Chumby One.

2. Device and manufacturer names that are all-caps, such as DROID and NVIDIA, will instead have only the first letter capitalized, and the rest lower-case. Hence, we call it the Droid. And NVIDIA becomes Nvidia.

3. We will respect camel case—with a name like iFixit, who are we to judge? BlackBerry stays BlackBerry, and iFixit stays iFixit.

These three simple rules will unify the look of our repair database while still preserving the manufacturer’s intent as much as possible.

Sometimes we inadvertently break our own rules on this, so if you see any exceptions, please let us know! Manufacturers love to stylize their product names, and we try to give them as much leeway as possible, but it’s easy to forget when to draw the line. Thanks for being alert!

I think so, but then another good question is should it be “iPod Touch” or “iPod tOuch” because… Ouch!