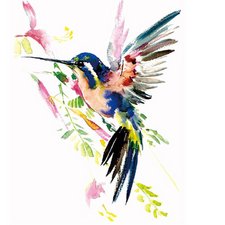 Differentiate scale from 0 - 10; phones designed to be repairable

Was negatively surprised by seeing shift 6m rated 9/10. That’s not the main concern though. After thinking about the scale, where glued devices are forced into the scale of 0 - 10 together with screwed and modular devices like fairphone and shift, it strikes me that it needs differentation. The scale expects devices to be almost unrepairable and glued to a brick, together with exotic screws and unavailable spare parts. Higher scores are given to devices which are even remotely repairable (which makes sense looking at the norm nowadays).

When it comes to fairphone, differentiation was realized by it being the only 10/10. Followed by two old phones. Shift 6m, though being completely screwed and designed to be repairable (it is), was rated in contrast to fairphone. I think this is a direct consequence of the 0 - 10 scale for all devices.

SInce ifixit stands for the right to repair, I imagine for example an extended scale (up to 12 or 15?) where anything up to 10 is for our usual smartphones, glued and locked, and the range above holds the “utopian” scores where phones really designed to be repairable can be rated in contrast to each other. To make it more practical, upon introduction of such a scale, the phone that is perceived to currently have the best repairability should then be rated with the highest score and the others in contrast to that.

Fairphone and the like should not be near any iPhone in terms of repairability. Things are starting to change for the better, so our scales should, too!

Hi Nik! Thanks for the feedback. I'll pass this along to our tech writers.

I think it's a good idea. But maybe a second score would be better? Or maybe a medal / seal?

Gold does not use adhesive, silver uses adhesive in few components and bronze if it uses too much adhesive or in difficult areas for repair.

This does not modify the current scale (0/10) and adds an easy to identify mark before viewing the open device.

I would look for a gold computer (without adhesive and easy to repair) but I would not mind buying a smart bracelet or wireless headphones of silver or bronze level, since it is not an article that can last many years.

Thanks for your thoughts. That might be a viable option, too.