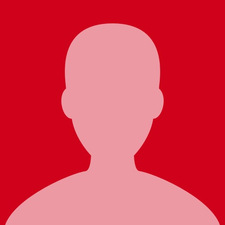 Good Day, I would like to ask if Electronics Right to Repair Law that has been signed by U.S President Joe Biden will be also enforced here in the Philiipines[Southeast Asia]?

Hi carlojoselitoch42! That's a great question! Let me look into this, and I'll get back to you as soon as I can.

So far it’s not a law yet at the US federal level, many states have pressed forward on getting in on the local books which would likely cause a cascade once one state gets it done. Which I suspect is now a neck and neck race between the states and the fed who will get it done first.

The Rise of the Right to Repair: Preparing for New Laws and More Enforcement

Here’s the bill H.R.4006 - Fair Repair Act Note the tracker only shows Introduced, when it get to the end Became Law we will have a federal law!

The Philippines is an independent country as of 1946. Even still many laws of the US are often mimicked by the Philippine government (and others).

Thanks for the answer. I have also previously read an article that European Nations already have their own version of Right to Repair Law. Can you verify its status?

@carlojoselitoch42 The French created a repairability scoring system which is defined by the maker (give the thief the keys to your house). Similar to the bulleted iFixit teardown score.

So far the EU is also stuck in debate as far as I know. Laws do take time, the public have voiced their displeasure in the lock-in status between cars, cameras, computer, dishwashers, refrigerators and cooling/heating systems.

@danj I couldn't have said it better myself. Great answer!

Not in Srilanka. the “void if removed” are there :)