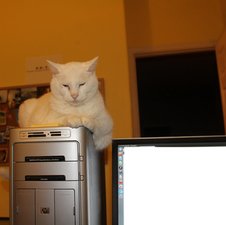 This change is primarily based on the tools I recommend for this, as my tone has changed - somewhat. When I wrote this guide, I initially recommended a blue flame lighter for the majority. However, my mind has shifted on that since I’ve had a few and I’ve generally never been impressed with the ones I've had.

Even though most have failed to impress me, I was hesitant to default to a torch for 3 reasons

Since I did not have proper guidance in the original 2 revisions, I chose to stay away from it beyond it an “advanced” option to avoid problems. I’ve since incorporated better advice into the 3rd revision to make this option more viable and give someone who may be on the fence advice that may make it worth looking into. It isn’t what I wanted to do exactly, but what I wanted would require a specific torch or a lot of money spent to tune multiple - not worth it to go that far. It was also a wishlist change, so it’s not like I wanted to rush it since it wasn’t a high priority.

Now that the changes it needed are done, I got it to a point I feel a more confident in mentioning it more openly. I’m still going to recommend a lighter if someone’s confidence isn’t there to avoid problems, but for everyone else the torch is probably a much better option. Especially if you can get the temperature low enough to not do damage.

The outline of changes I made is as follows:

Anyway, the revisited guide can be found here. I no longer have the controller, so I can’t retake the photos :(.