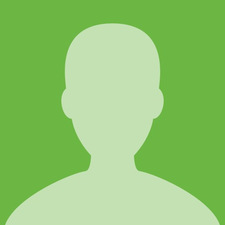 How to safely dispose of a punctured iOpener?

DISCLAIMER: I am not a professional chemist. This is my attempt to answer to the best of my knowledge to help others. If you have any suggestions please comment so no mistakes are made.

Sadly my iOpener sprung a leak as a result of over-vigorous microwaving. Fortunately I put it on a plate which captured the liquid. The liquid was oily, and was concerned about contaminating the sewage or contributing to the construction of fat bergs. No disposal instructions are provided by iFixit nor is there information about the contents of the liquid.

I decided to do some simple tests on the liquid. Firstly, looking at the liquid you can see it is a clear and colourless liquid. It is also slightly more viscous than water when poured. Secondly, smell. It is odourless. Third is density. Measuring mass that I captured (105g±2g) and volume (80ml±6ml) gives a density of 1.3±0.1 g/mol. Looking at a list of common fluids (thanks to engineeringtoolbox.com) suggests a. b. dichloroethene, c. dichloromethane, d. glycerol, e. dichlorodifluoromethane, or g. sugar solution. a, b and d are not odourless and also dichlorofluoromethane, better known as a CFC, is a ozone-damaging gas which I doubt iFixit would put in a bag and sell. Sugar solution is not oily. This leaves glycerol which is also sweet tasting and oily.

Glycerol is non-toxic and can be disposed of in anaerobic digesters*and even in waste water in small amounts**. It is even used in foods. Be careful as it can be contaminated with other compounds so probably best not to add to your next liquor.

So if you need to dispose of your iOpener it looks to me (based on A-level chemistry) you can just pour any liquid down the drain in small quantities, add it to your food waste (if you put some absorbamt material in). Or you can use it for a project, taking inspiration from the applications listed on Wikipedia https://en.m.wikipedia.org/wiki/Glycerol.

Thanks for your inquiry! My name is Augie, and I am on the Customer Support crew here at iFixit.

I appreciate your feedback regarding disposal instructions on our site. Because of that feedback, we went ahead and added a Help Doc regarding iOpener disposal.

Fortunately, the liquid inside the iOpener is non-toxic, food safe, and water soluble. Should you need to dispose of a damaged iOpener, feel free to clean any spilled iOpener liquid using a damp towel, then dispose of the iOpener as you would any other normal household refuse. The towel can then be washed or rinsed like normal.

You’re right on the money in terms of the liquid inside the iOpener. It is indeed Glycerol, and is perfectly safe to dispose of using the methods you mentioned.

Should you have any other questions though, please don’t hesitate to let us know here, or to send an email to our Support team at support(at)ifixit(dot)com.