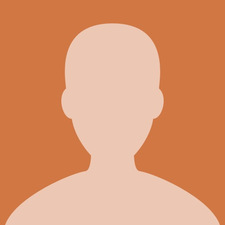 Having found iFixit to be a good site for technical step-by-step instructions for parts replacement and repair, I expected good quality merchandise when I ordered a 12.7 mm PATA Optical Bay PATA Hard Drive Enclosure to put a second internal hard drive in the bay normally occupied by a CD/DVD drive.

a) The device arrived without even the most basic instructions, which would be okay if deployment were self-evident and self-explanatory. It wasn’t. Read on.

b) Putting a PATA 2.5” HD into the enclosure required lifting off the shiny metallic-colored top plate. See here for image on iFixit’s site (the metal top is the part that looks bluish in their photo):

Maybe it wasn’t *supposed* to require taking that piece off, but the standard Hitachi TravelStar would not slide down into the space or connect to the power and logic connector with it in the way. So I removed the obvious screws and attempted to lift it out of the way. But it proceeded to bind on the right edge and bent — being made of some very cheap material that behaved more like silver-colored plastic — and snapped, slicing a hole in the tip of my finger. Annoying. The metal (or pseudo-metal) cover was now bent and cracked and impossible to straighten out so I discarded it.

c) The Optical drive is natively held down by Torx screws that attach through two bolted-on hold-downs, one straight piece that runs along the left edge and a piece of more complicated shape that runs along the right. The removal of these from the original Optical drive is shown in this OWC YouTube video (URL goes explicitly to the relevant time in the video): https://youtu.be/U7rf2WZZFSw?t=269

On attempting to connect those same hold-downs to the iFixit enclosure, I found that the metal nuts embedded in the plastic enclosure housing were either not threaded correctly or not aligned correctly in the plastic: the little screws would not catch in order to attach the hold-down strips. Even with the hold-down pieces set aside for the moment and attempting to screw the little screw directly in resulted in them spinning aimlessly and failing to catch.

But since this laptop is going to sit stationary on a table and wont’ be getting hauled around, I decided to continue anyway. I was able to get the ribbon cable to attach pretty easily, and I reassembled the computer and plugged it in and attempted to boot.

e) The computer would not boot with the Hitachi in the enclosure. Wondering if I had mis-connected something, I held down the option key and retried and saw the regular internal HD listed; I also attached an external FireWire drive and saw that listed as well; but when I opted to continue the computer did not proceed.

I backed out of the procedure, replacing the original optical CD/DVD drive, reattached everything once again, and held my breath and hit the power button again. Booted normally.

I’m willing to grant that I may have done something wrong, something that if done correctly would have caused the computer to boot and use the second hard drive. But no instructions were enclosed, implying that installation should be self-explanatory.

The Hitachi drive works normally in an external FireWire enclosure.

Since this particular model PowerBook is a very annoying piece of machinery in which to do these swaps (lots of futzy screws and a delicate ribbon cable to attach the keyboard), I’m not happy with this and I’m surprised at the low quality of the enclosure and how slipshod its components appeared to be.

I’m sorry to hear about your purchase. Please contact our customer support team at support@ifixit.com—they will be able to help with refund options.