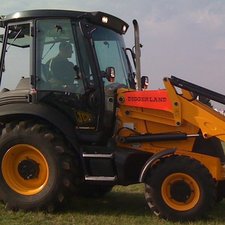 My brother is looking for a laptop, preferrably apple because of iphone etc, for his wife. Just wondering what you guru's recommend as my most up to date is a maxed out a1181 xx

The 2012 13” non-Retina MBP is the best Mac you can get now that is still upgradeable. It isn’t as new as most rMBP variants on the market, but it also doesn’t come with soldered RAM and a nonstandard SSD.

Unless the rMBP you’re looking started out as a 16GB/512GB system (most of the newer ones have 16GB of RAM, but the 512GB SSD isn’t common) then you will probably need to upgrade that down the line and it’s nonstandard - you need to get the Apple SSD or a compatible one (OWC or Transcend). That being said you don’t need the 512GB SSD but it sure helps to start out with it from the beginning.

Yeah, this doesn’t bother everyone and many people like the rMBP, but the lack of upgradeable RAM is a deal breaker for me. The T2 systems solder both onto the board so you get both negatives on the same system.

If Apple provided the option of having upgradeable RAM and made a system with a standard SSD (NVMe at this point) in exchange for disabling the T2 hardware entirely (or encrypting the SSD with the T2 and using a private key unique to the system), I wouldn’t hesitate to recommend those systems as a modern Mac worth buying. Apple doesn’t, so I only recommend the 2012 13” at the absolute newest for most people. So many people bought 8GB base rMBP’s and you’re stuck with it that way because they didn’t realize it was soldered until it was too late.