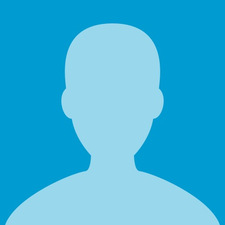 repair guides category list does not include plumbing appliances

a recent plumbing repair issue indicates plumbers often obfuscate an easily solved problem to sell and install a replacement. a leaking overflow drain could be fixed by disabling it, as overflow drains are no longer required here. a brand new replacement will not have an overflow drain anyway! there is a considerable environmental impact for every toilet and bathroom sink. one reason why i find in many places sinks i consider teensy for hobbit people.

but i also wanted to mention after watching the movie that i never had a mobile phone and never will, because the lawyers and governments who wrote up the EULA’s of early mobile phones asked users for consent to not sue for radiation overexposure, what governments were sworn to protect me from when i worked at a nuclear research lab years before mobile phones, thus asking me to negate my radiation exposure history for an ‘optional’ mobile phone. meanwhile everyone was told you have to have a mobile phone to conduct business, period, which is now the de facto system. lastly, i cannot recall any other appliances having that kind of EULA, which means the standards labs and the governments will not stand by claims it is negligible exposure, but will let mobs of users assume the risk themselves and pass it on to the health community, just because everyone dreams there is a right to a mobile phone.

my first 30 years we only had a simple black bell telephone landline. my mother still has it and it still works and has never been upgraded.

to the lawyers that composed the EULA’s, and the politicians that stood by - you shall know them by their fruits. it is no surprise susan williams made a movie about their toxic waste.

Thanks for the sharing!

Sue Williams film, Death by Design, is quite good. I recommend it!

Thanks for sharing! We actually do have some plumbing guides on iFixit—feel free to check them out!

Therefore, you should always solve problems with plumbing yourself. It is not always better to call the master if you can do everything yourself. I generally believe that every man should take courses in plumbing, well, or just know how everything works in the house. I advise you to do this because you will save a lot of money and nerves :) Tested on yourself, so you should always try to solve problems in the house yourself. Then your wife will trust you more. It works thanks to psychology. I say this as a person who used to work as a plumber, so I have the skills and experience :)