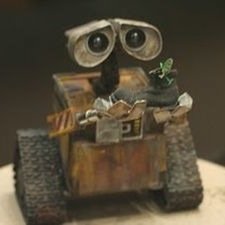 Should we be crediting image sources?

I have on numerous occasions used images pulled of the internet from various sources to identify components etc. I have never really given it any thought about giving credit to whoever posted it originally. We now seem to have a little situation going on right here and I wonder if it would not be the right thing to do. We all know that some images need more research and work than others but somebody spend their time and efforts to create those. What do you all think? @amber @jogihara @kristen @danj @mayer @pollytintop @jayeff @nick @oscarsp and everybody else of course.

I definitely have put some thought into this specific question. I’m actually already talking to the user in question who commented on Dan’s post and he and I have come to a resolution.

I think when possible, leave a persons credentials (website, social media handle, whatnot) on the image.

This "when possible, leave a persons credentials (website, social media handle, whatnot) on the image" sounds like the way to go. Thanks.

I usually don't cite internet photos, generally. Yes copyright is real but most of the time I can avoid it, or reference my own photo if I have it - See here for a photo set I took for the OP.

HOWEVER if someone mentioned it I'll credit them but if it doesn't come up, then I'll leave it be. On the other hand if you come at me like @danj yeah no, you aren't getting anything from me. If you want me to take you seriously don't treat me like a thief. Issue yourself credit because I'm not adding anything or removing any alterations. It comes down to respect for me - you want to treat the other party with respect because if you don't, then I have no reason (or very little) to sort it out. I didn't know or you waited years to come forward, so you can't go in charged like I knew it was an issue.

@amber @jogihara @kristen @danj @mayer @pollytintop @jayeff @nick @oscarsp to be honest I wasn’t really to focused on the specifics of this user and their beef on that question. I am also not talking copyright etc. I was thinking in way more general terms. If I need to find an image of a board to point out a part and take it from let’s say an eBay seller, would it not be fair enough (or respectful ;-) to somehow credit this person/site etc.? Of course I totally agree with not cropping or altering the image to remove credentials. I guess I just have to find out what will work for me ;-) Just wanted to see what you all thought of it.

You're on to something, here. I think it really depends on where the information/images come from. If it were from a guide on our own site, I'd say to link to the guide because the rest of the info on there may be helpful. Outside sites I'd have to think about on a case by case basis.

I'm interested to see what other peoples opinions are!

Usually I leave the image whole if it has credits, watermarks etc on it but I've noticed when cropping images for example from Ebay to highlight specific areas of interest only e.g. a particular fuse or other component, that the same image may have been used by multiple sellers of the part in question so it would be difficult to know who to credit as the original author.

I agree with @danj inasmuch as we're not in it for any personal financial gain or to pass it off as our own work, we're only trying to help/teach so I can't see the harm in using images for this purpose.

They're out in the public domain to be viewed by all and sundry anyway. If I can find them, then anyone else can as well. We're just speeding up the process for others to find it sooner ;-)

@jayeff agree 100% with your statement "Usually I leave the image whole if it has credits, watermarks etc on it " I think that is the way we should all be doing it. Thanks for your input.

Dan has no image benefit, Dan is helping a person. The one who wins is the OP or iFixit, not Dan.

An image obtained from a Google search in order to help cannot be a crime.

It is not good to spend more time looking for credits of an image, than answering an answer in the forum. Uploading a photo is helpful enough for OP to get his bearings.

Put credits to an image if, when you earn a profit for doing so.

I'm talking about Dan, but it can be applied to anyone.

@oscarsp thank you for your input. I appreciate that.

There is a point you can go to far!

Remember we are not paid nor are we a direct profit entity helping people (Blog). We are not posting manuals which are copyrighted. iFixit Store is independent and they would be subject to it if they where selling a copy of the work which was copyrighted!

Fair use allows limited use of copyrighted material without permission from the copyright holder for purposes such as criticism, parody, news reporting, research and scholarship, and teaching. Technically we are excused from Copyright as we are teaching.

I have no problem posting images which are trimmed from a schematic or boardview to focus on an area of the given dialog. Then there is the case of altering the image with additional details which then could invalidate the copyright

In this case I used an image which I had gotten from the internet which was already trimmed (unknowingly) I didn’t alter it as there was no point for me to do so. It was labeled just the same and that should have been left on the image!

The person who complained failed to express what was acceptable nor offer the better image. Scolding someone and not correcting them doesn’t set them on the correct direction. If he had dropped the image he wanted us to use I would have fixed it, he didn’t do that.

FYI - All my images I sell are marked with my name and properly marked with a both a visible copyright marking © and image number as well as watermarked. I’ve had my work used in American Express ad years ago and they own the rights to the images

I would have told him to pound sand even if I was in the wrong with how he treated you. You get one chance to prove your case and bragging about reporting me will lead to a non response. No respect=no resolution and I'm telling them to get lost until they can act like an adult - if I give them a second chance.

However I come from a different line of thinking on first impressions - you get one chance and 30 minutes to show me I should bother with you, or call it quits. Do it wrong or act like a dick you're done.

@nick - I always prefer offering an open hand than a fist! Ignoring only goes so far and may ruffle feathers causing still more pain.

His unwillingness to have a dialog is on him. If he had he would had gotten more than a simple credit. He clearly didn't even read my info card to see I'm not repairing full time any more so I gain nothing (nor have I over the years as I was a contract worker) So I have not gained any financial benefit in my postings.

I have other activities within my local government which are taking my time. I'm in the process of getting a 4~5 Million matching grant lined up for my city to establish an autonomous EV micro-bus service. Its time!

Working with others we are going for a bridge too! MassDOT Prioritizes Mystic Pedestrian/Bike Bridge for Federal Infrastructure Funding and Mystic River Bicycle and Pedestrian Crossing

Do what you can locally to get green! Its time we get back to pedestrian and cycle transit as well as shared EV solutions! Boston is ripe for it.

@danj sorry you feel that way “There is a point you can go to far! “ it was not my intention to go to far :-) I really was not focused on that particular question, user or interaction but it brought up an interesting (to me) point. As a person who post quite a lot of images (not all come from manuals:-) I starting thinking that may be I really should give credit to the folks that have created the images I use. I am not saying in any kind of APA style or things like that, but may be just a “hey thanks for the image I just used” Again, may be I just make it my own preference depending on what it is. I just wanted to get your (all of you) ideas on where you stand with that.

@oldturkey03 - I have no problem giving credit to someone for their efforts.

I don't see my self always doing it. First, I've got a sizable collection of images which I've collected and I don't remember every source. Second, an image of an Apple part (bare) which I then mark up would be pointless. I also prefer to aim people to spec sheets from the source (URL) of the part if it has something of importance.

That was one point of 'Going to far'

The person here had a valid complaint, but the way they responded was just not very civil or constructive. He didn't offer me a replacement image of his choosing or a URL for the image to link to.

I've dealt with a similar issue a few times. I don't hammer people unless they are making money for its use.

Here the person didn't get what he could have gotten! Offering a URL would had gotten views! Getting leads for his services, he clearly is not a marketer!